The conversation explores Preciado’s upcoming book, An Apartment on Uranus, which recounts the author’s process of transitioning from Beatriz into Paul B., by transforming his body and subjectivity through the self-administration of testosterone, amid recent global political and cultural transformations.

An Apartment on Uranus also considers political, cultural, and sexual transition, reflecting on socio-political issues. This includes the rise of neo-fascism in Europe, the migrant crisis, the Zapatista struggle in Mexico, the fight for Catalonian independence, sex work, Trump’s America, the harassment of trans children, the technological appropriation of the uterus, and the role museums might play in the cultural revolution to come.

An Apartment on Uranus is published by Fitzcarraldo Editions and is translated by Charlotte Mandell.

In collaboration with the Centre for Critical Theory at the University of Nottingham, ICA London and Fitzcarraldo Editions.

Paul B. Preciado is a writer, philosopher, curator, and one of the leading thinkers in the study of gender and sexual politics. He earned an MA in Philosophy and Gender Theory at the New School for Social Research in New York where he studied with Agnes Heller and Jacques Derrida. He holds a PhD in Philosophy and Theory of Architecture from Princeton University. His first book, Counter-Sexual Manifesto (Columbia University Press) was acclaimed by French critics as 'the red book of queer theory' and became a key reference for European queer and trans activism. He is the author of Testo Junkie. Sex, Drugs and Biopolitics (The Feminist Press) and Pornotopia (Zone Books) for which he was awarded the Sade Prize in France.

Jack Halberstam is Professor of Gender Studies and English at Columbia University. Halberstam is the author of six books including: Skin Shows: Gothic Horror and the Technology of Monsters (Duke UP, 1995), Female Masculinity (Duke UP, 1998), In A Queer Time and Place (NYU Press, 2005), The Queer Art of Failure (Duke UP, 2011) and Gaga Feminism: Sex, Gender, and the End of Normal (Beacon Press, 2012) and, most recently, a short book titled Trans*: A Quick and Quirky Account of Gender Variance (University of California Press). Places Journal awarded Halberstam its Arcus/Places Prize in 2018 for innovative public scholarship on the relationship between gender, sexuality and the built environment. Halberstam has a book coming out in 2020 titled Wild Things: The Disorder of Desire (Duke University Press) and is now finishing a second volume on wildness titled The Wild Beyond: Art, Architecture and Anarchy. 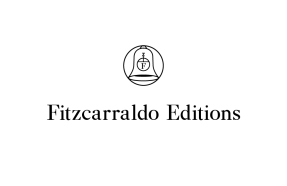