Agnieska Polska’s dreamlike videos explore time and memory. Born in Poland, in 1985, while it was still a communist state, she is interested in forgotten histories and cultural myths, particularly those of vanished artists.

Her video Future Days shows the imagined afterlife of a group of artists who have disappeared from art history. It includes Lee Lozano whose conceptual work Decide to Boycott Women led to her complete withdrawal from the art world, and Bas Jan Ader, a legend of conceptual art, who was mysteriously lost at sea. Polska reunites them with artists from other eras in a beautiful summery afterlife, filmed on a Swedish island.

Polska’s work is influenced by her research in historical archives. She sees an archive as a living organism that is “alive and subject to incessant change.” This means that history itself is constantly misremembered. It is imperfectly recorded, or reinterpreted after political change. There are psychological reasons for forgetting too, as analysed by Sigmund Freud. Her hallucinatory videos fill in the gaps, accidental or deliberate, in Eastern European art history.

The pace and hypnotic quality of her work is sometimes similar to ASMR, (Autonomous Sensory Meridien Response) videos – a cult internet phenomenon. Polska invites viewers to have a similarly meditative, immersive response to her work. Influenced by the theatrical production Not I by the playwright Samuel Beckett, her video I am the Mouth II shows an animated red mouth, half-submerged in turbulent water. Based on a scientific description of sound waves moving through different materials, the mouth “speaks” for the art work.

I am the Mouth is Agnieszka Polska’s first major solo exhibition in the UK. The exhibition is organised in partnership with Culture.pl 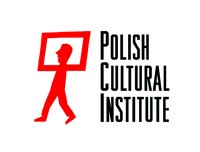